"Unique Game-Specific Scoring (GSS) method transforms you into a confident scoring machine that shoots the ball well consistently, creates space and gets passed even the toughest defenders put in front of you."

I LOVE BASKETBALL TRAINING HAS BEEN FEATURED IN:

WHAT CANT BE GUARDED

WILL DO FOR YOU

CAN'T BE GUARDED is designed to transform you into a confident, elite basketball player that shoots the ball well consistently, creates space and gets past the toughest defenders easily, and has the confidence needed to be a BIG TIME player at any level. 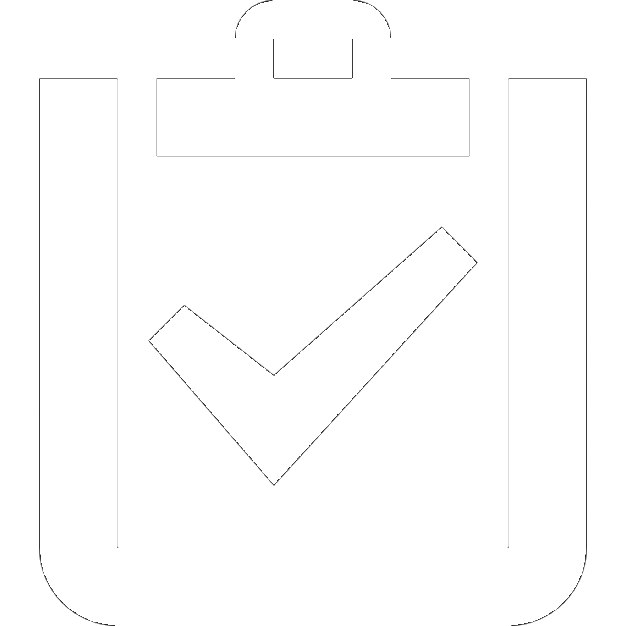 Our unique Game Specific, Game Recovery style of training will help you become a consistent shooter in real games so that you are confident in every single shot you shoot.

Can't Be Guarded will help you develop moves that will break down defenders and get you the space you need to become a scoring machine, no matter who is guarding you.

GET PAST ANY DEFENDER

You'll discover secrets tips, techniques and moves that will help you blow by even the quickest defenders very easily.

GET YOUR SHOT WHENEVER

Because of the array of advanced moves you'll learn, defenders will never know how to stop you which will allow you to get your shot off at any time.

You'll have all the tools needed to be the type of player that goes for 20-30 points, every single game.

You'll develop elite skills in every aspect of the game of basketball that will make you an extremely confident player.

WHAT IS THE GSS METHOD AND WHY IS IT SO EFFECTIVE?

The GSS (Game Specific Scoring Method) is the only basketball training methodology that is based on real IN-GAME scoring moves, tactics, and techniques from the world's most prolific scorers of all time.

GSS Training installs the skill, ability, and MIND of an elite level scorer into your game by utilizing drills, training, and workouts based on REAL IN-GAME scoring situations, reads, and decisions, quickly transforming you into your team's leading scorer in as little as 30 days.

The biggest problem in basketball training today is that many players get sidetracked because of all of the gimmicks and gadgets out there on the internet or in their local gym.

Players lose focus of what really matters in games. It isn't the coolest ankle breaking moves, or the 360 dunks, or the 6 move combos that players practice and use in pick-up games.

So what happens is that they end up wasting hours, days, months and years of their playing career doing training that is making them WORSE.

When instead they should be focused on doing training that translates to real game situations so that they can perform at the highest level in real games.

That's the reason we developed the GSS method of basketball training. It's a new way to approach your training and the game of basketball that will help you become the player you've always wanted to be.

HERE'S WHO YOU WILL 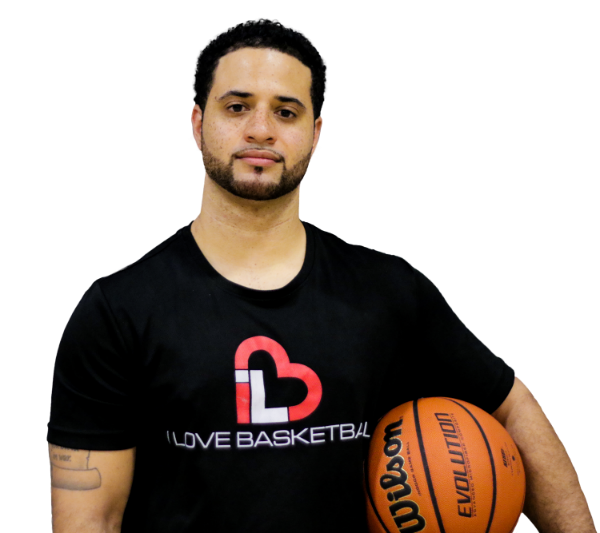 Coach Rocky is a former collegiate and professional basketball player that is now the world's most viewed and popular basketball trainer. He has been featured on some of the biggest names in basketball such as Dime Magazine and ESPN. He has transformed the landscape of basketball & athletic training through his unique style of training.

He focuses on game-specific, high intense training workouts that transform to in-game results, whether that be skills training or athletic training.

His ability to tailor his training for real in-game results has separated him from every other trainer in the world. 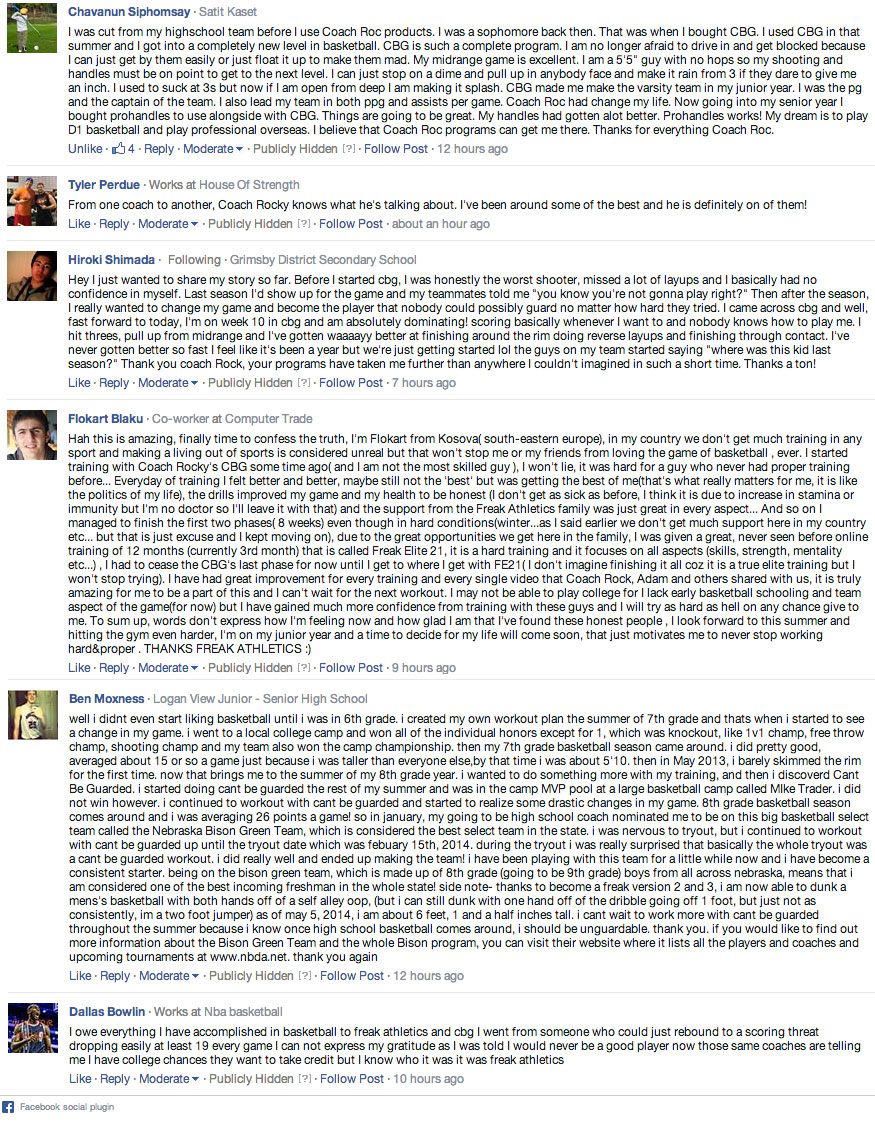 HERE'S WHAT YOU GET WITH CAN'T BE GUARDED 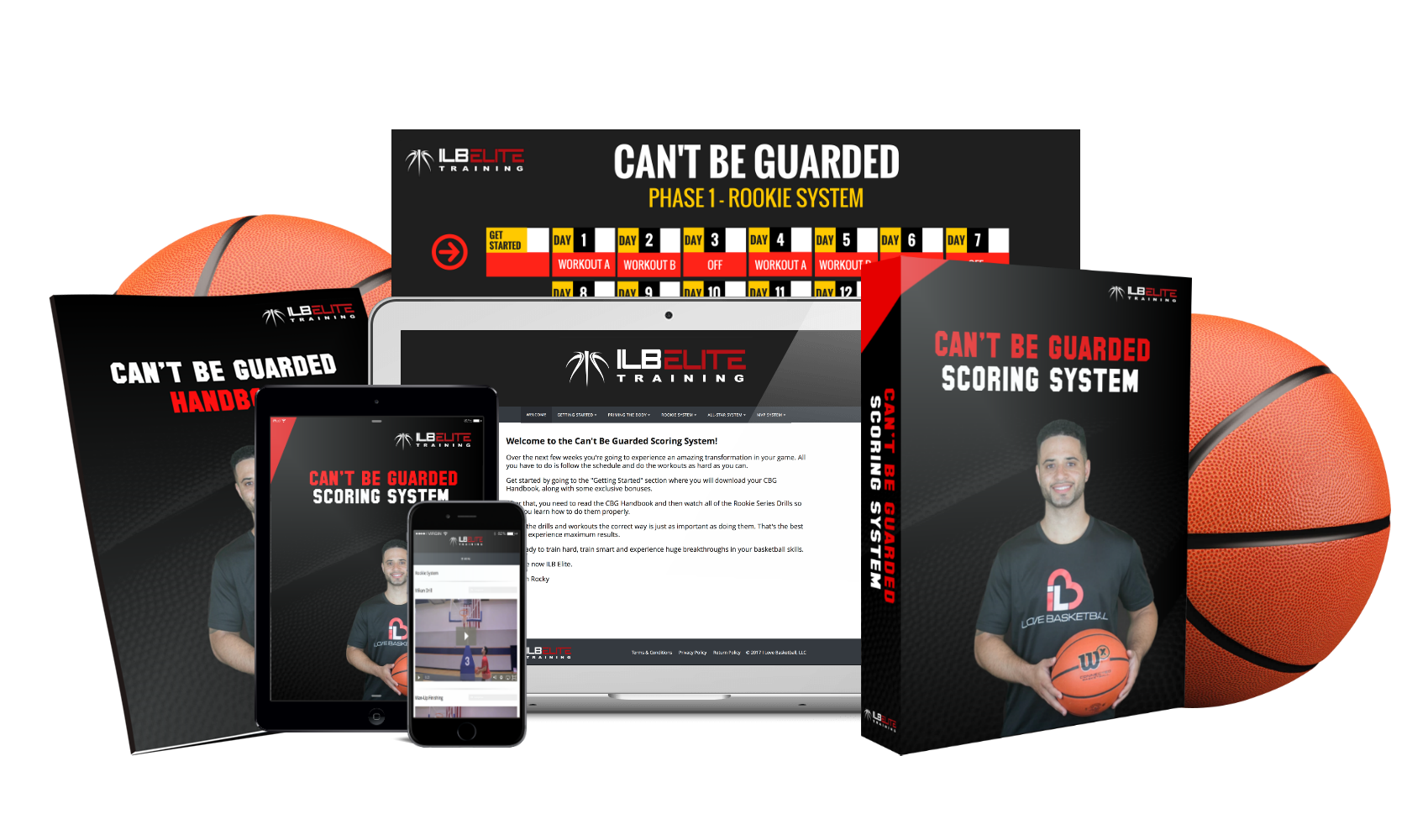 CAN'T BE GUARDED IS COMPLETE WITH EVERYTHING YOU NEED TO SCORE MORE POINTS IN REAL GAMES!

ELITE FINISHING AT THE RIM

Discover how to finish at the rim over taller players so that you can become a bigger threat when you penetrate the lane.

ELITE FINISHING IN THE LANE

Discover how to finish in the lane with different types of runners and floaters so that you can score more points, easily. 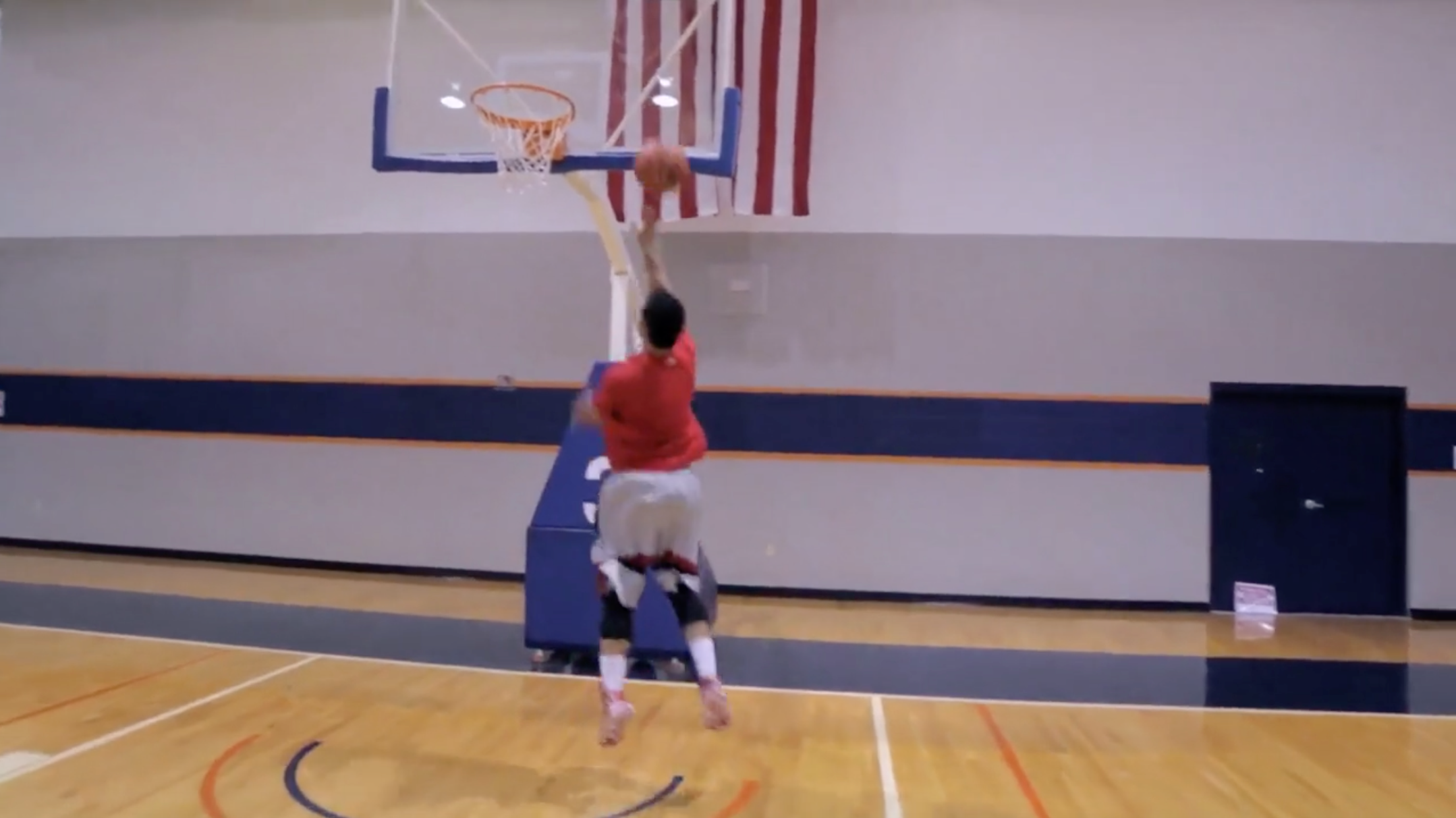 Discover how to master the art of the midrange shot which will instantly add 5-10 points to your average.

Discover how to shoot the 3 point shot like some of the best shooters in the NBA so that you become a threat from anywhere.

Get more explosive and prevent injuries with this elite dynamic activation series that you will do before every training session.

Discover how the pros warm up their shot before games and workouts to instantly double your percentage.

Give your ball-handling a solid boost before each and every game and workout with this boost.

Discover how to do elite scoring moves that will help you create space, get past , and destroy any defender that guards you.

There are no shortcuts to success. But the tools and tips in this guide come close. Follow them and you'll be well on your way to becoming an elite scorer.

Count down to incredible results with this wall calendar that includes your daily workout schedule.

You will have 24/7 ACCESS to their training program 365 days of the year. Also you will be able to access your training from any electronic device including - laptop, tablet, iPhone, Android and Kindle. 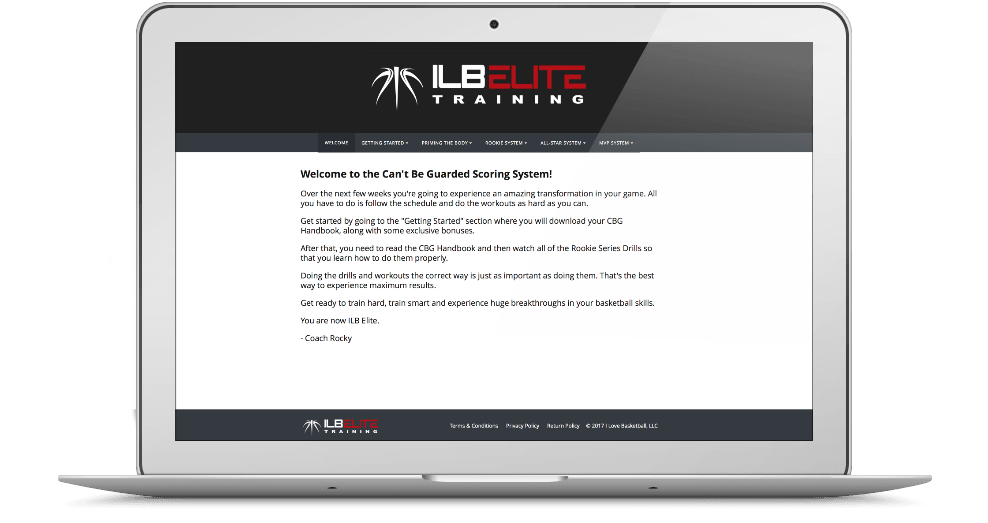 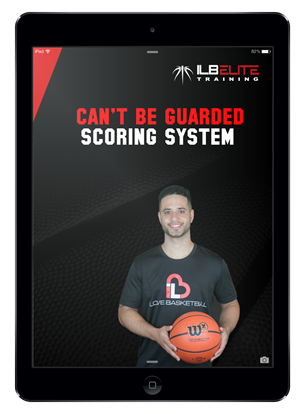 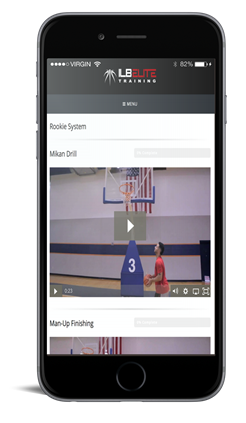 AND GET 3 FREE GIFTS!

Mentally prepare before games so you dominate the competition.

Develop the MJ like mentality so that you develop killer instinct.

GET OVER BAD GAME

Secret trick that will help you get over bad games super fast. 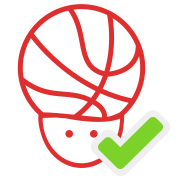 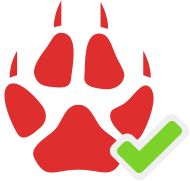 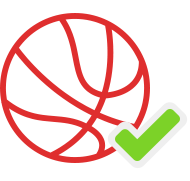 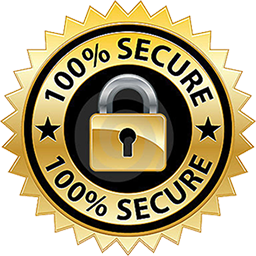 YOURS TODAY FOR JUST

YOU'VE GOT NOTHING TO LOSE...

It's a no-brainer. CAN'T BE GUARDED works. And to prove it to you, go ahead and try it for 60 days. You're either fully satisfied... head over heels thrilled with CAN'T BE GUARDED, or just return your program within 60 days for full purchase price - No Questions Asked. You can even keep the CBG Handbook, Training Calendar, and the 3 bonuses as  as our free gifts to you, just for giving the program a shot.

YOURS TODAY FOR JUST

Do I Need A Partner?

No! Can’t Be Guarded is made for one player. Every workout can be done by yourself with just a basketball and a basketball hoop.

Is CAN'T BE GUARDED an online program with instant access?

Yes! Can't Be Guarded is an online training program and you’ll be granted instant, lifetime access as soon as you register and process your payment!

Do I Need Any Equipment?

No! Can't Be Guarded is free of any gadgets, gimmicks, and/or tools. All you need is a basketball and a basketball hoop to perform the drills.

What Age Do I Need To Be To Train?

Can't Be Guarded is for players of all ages and skill levels. No matter where you are at, it will work for you.

What if I Need Assistance?

If you need any technical support, please contact our support team at c.support@freakathleticsllc.com

How does CAN'T BE GUARDED work so fast?

†Results vary depending on starting point and effort. Exercise and proper diet are necessary to achieve and maintain weight loss and muscle definition.